The month of August is a time when lawmakers usually depart Washington, DC, for a month-long recess. Instead, as July turned to August, lawmakers were stuck in active and hotly contested deliberations over a must-pass infrastructure bill unveiled at the beginning of the month. For seasoned DC-based analysts, the massive infrastructure bill, standing at more than 2,700 pages in length, was bound to include several provisions that may not have anything to do with the underlying bill or the intended policy outcomes. And while this is typical for bills of this size, however unfortunate, the crypto community was nonetheless surprised when a simple ‘CTRL+F F’ of ‘digital assets’ unveiled a small, yet significant provision that, as it stands, potentially threatens key stakeholders in the digital assets ecosystem.

The late inclusion of broad, overly expansive language in a must-pass bill threatens the underlying ecosystem and the innovation that has flowed from it.

Buried in the underlying bill, the last-minute insertion of legislative language would expand the definition of ‘broker’ by amending Section 6045(c)(1)) to include: “any person who (for consideration) is responsible for regularly providing any service effectuating transfers of digital assets on behalf of another person.” The provision was scored by the Joint Committee on Taxation (JCT), a nonpartisan committee that prepares official revenue estimates for all tax legislation considered by Congress, at $28 billion over ten years – a significant revenue raiser and one that, from the outset, made it readily apparent the difficulty, if not impossibility, of removing the provision in its entirety given the amount of revenue raised to support the costs associated with the underlying bill.

The expanded definition of ‘broker’ continues to flummox crypto advocates given the broad language and potential coverage and applicability to entities that cannot possibly meet the reporting requirements currently applied to brokers in the traditional financial services setting. Several stakeholders questioned whether miners, validators, software and hardware wallet makers, node operators, decentralized exchanges, or other stakeholders and services could be included. In particular, and assuming the infrastructure bill passes the House and is signed into law, how Treasury interprets ‘effectuating’ in the expanded definition will prove crucial in determining who exactly is covered and the reach of the required reporting requirements.

Crypto advocates also faced a dramatically shortened legislative process in the Senate given the bipartisan agreement reached in late July, coupled with the late unveiling of the underlying infrastructure bill text just days before final votes were to take place and a JCT score that simply provided a top-line number and no in-depth understanding of how the payfor was calculated. Taken together, advocates had to work fast to try to amend the overly broad language.

To their credit, organizations like Coin Center and the Blockchain Association, among others, put up a valiant effort in the push for greater clarity behind the $28 billion payfor provision. Through their efforts and outreach to the crypto community, advocates were able to muster the support of several senators (Sens. Wyden (D-OR), Toomey (R-PA), Lummis (R-WY)) who introduced a bipartisan amendment designed to carve out certain ‘persons’ from being considered as a broker. However, less than a day later, a separate amendment was introduced with the support of several senators (Sens. Warner (D-VA), Portman (R-OH), Sinema (D-AZ)) that seemingly challenged the authors of the prior amendment and, to add further weight behind it, received backing from the Biden Administration. The dueling amendments and ongoing debate over the language in the payfor on the Senate floor and behind-the-scenes ultimately affected the legislative process until an agreement between the two sides was eventually reached. Even with the co-authors of both amendments (except Sen. Wyden) and the Biden Administration now onboard, the agreed-upon amendment, however, ultimately met its fate due to procedural issues in the Senate. As such, the original, overly expansive text remains in place today.

Given the complexities of this ecosystem, an appropriate federal response and process (notice of proposed rulemaking, etc.) was going to take time.

While many were surprised to see the inclusion of the provision in the underlying infrastructure bill, it is worth pointing out that talks on how to appropriately address concerns related to tax evasion and the appropriate tax treatment of this ecosystem were ongoing. Several hearings have been held where lawmakers heard from and pressed agency and department heads from the Internal Revenue Service and the Treasury Department, in particular, about long-standing concerns related to applicable tax treatment, or lack thereof, and ambiguity surrounding IRS cryptocurrency tax guidance. Further, several bills have been introduced in this congress to provide for clarity around the tax treatment of digital assets, and certain tax reporting and oversight agencies, themselves, have made it clear of their intent to layer-in reporting requirements applicable to certain entities and transactions.

Taken together, the increased scrutiny and follow-on discussions were headed in a direction where, at some point, agency officials or lawmakers would introduce and pass reporting requirements on certain entities and transactions, beyond those applicable today. It was only a matter of time.

However, these discussions were still ongoing at this point. Given the complexities of this ecosystem, an appropriate federal response and process (notice of proposed rulemaking, etc.) was going to take time. Instead, what stakeholders have received, is a rushed, hastily put together and overly broad provision that could end up doing more damage to the underlying ecosystem and negatively impact tax oversight and collection purposes than the purported tax benefits resulting from this provision.

That is why Securrency joined with more than 100 other stakeholders in the ecosystem to call for clarity on the current language.

The infrastructure bill now resides in the House. But, as with everything in DC, politics has thrown a wrench into the bill’s progress.

As September progresses, there is nothing to suggest it will be calmer than an intense August. Currently, House committees are working to fill-in the $3.5 trillion budget blueprint agreed-to in late August.

Several moderate Democrats have threatened to pull their support for the $3.5 trillion budget reconciliation bill unless the infrastructure bill is passed first. Meanwhile, the progressive wing of the Democratic Party has threatened to pull their support for the bipartisan infrastructure bill unless the reconciliation bill is passed first. To placate both sides of the spectrum, and avoid standstill on moving both bills through the chamber, House leadership struck an agreement in late August that, in return for moderate Democrat votes to proceed with consideration of the reconciliation bill, the House would consider the infrastructure bill by September 27. Importantly, as part of that agreement, the deal prevents any new amendments from being considered to the infrastructure package. Therefore, the underlying digital asset payfor text will remain, barring any changes to current House rules.

As September progresses, there is nothing to suggest it will be calmer than an intense August. Currently, House committees are working to fill-in the $3.5 trillion budget blueprint agreed-to in late August. While crypto advocates have suggested the possibility of working into that bill changes to the digital asset payfor, the Treasury Department is also reportedly looking to add in additional tax compliance measures, separate from the payfor language. Meanwhile, it’s still possible that all of the effort falls apart towards the end of the month if the votes are not there at the end of the day. Given the small margin Democrats have in the House, anything is still possible at this point. To be continued.

Opinion editorial by Jackson Mueller Director of Policy and Government Relations at Securrency. 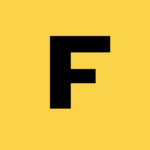